"We must go beyond textbooks, go out into the bypaths and untrodden depths of the wilderness and travel and explore and tell the world the glories of our journey." – John Hope Franklin

The Hashemite Kingdom of Jordan is an Arab country in the Middle East in western Asia. It is bordered by ► Syria to the north, ► Iraq to the north-east, ► Saudi Arabia to the east and south, and ► West Bank to the west Short name Jordan Official name Hashemite Kingdom of Jordan Status Independent country since 1946 Location Middle East Capital (Amman) Population 5,350,000 inhabitants Area 92,342 km² Major languages Arabic Major religions Islam

My name is Nedal Shatat. I was born in a Jordanian city near Amman called Madaba. I am a maths teacher. My school is called Emad Al-Dean Zenky High School for boys located in Madaba. I graduated from University of Baghdad in 1992 maths department and in 1993 I began my teaching career as a maths teacher in a public high school which belongs to Jordanian Ministry of Education. It seems to others an easy career but I realized from the first day how much its difficult one so I began developing my professional tools to make teaching less difficult and enjoyable for me as well as my students.

leave a massege for me

Hi WikiNeighbour! Thank you for your message and support.

development of Jordan's educational system can only be described as dramatic. Starting from almost nothing in the early 1920s, Jordan has forged a comprehensive, high-quality system to develop the human capital of its citizens. Today there are 2787 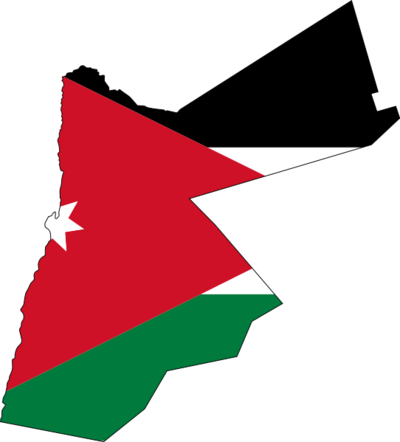 government schools, 1493 private schools, 48 community colleges, and 19 universities. In Jordan, access to basic education has been emphasized in all the country’s development plans. The government has, as a matter of policy, provided every village and community with 10 or more school-going children with a school. As a result, the rapid spread of facilities enabled citizens in poor and remote areas to gain access to education.
Attendance at Educational Facilities


Jordan's population is young -42.2 percent are 14 or younger, while 31.4 percent fall between 15 and 29 years of age- and currently almost one-third of all Jordanians are enrolled in educational facilities. Education is free for all primary and secondary school students, and compulsory for all Jordanian children through the age of fifteen. It is estimated that Jordan has achieved over 95 percent enrollment for its school age children, as compared with only 47 percent in 1960. Unlike in many other countries, in Jordan there is a very small disparity in primary school attendance rates between urban and rural areas.

After finishing their basic schooling, more and more Jordanians are opting to pursue higher education either at home or abroad. In 1997-98, 88,267 students were enrolled in universities while 24,657 pursued their education in Jordan’s community college system. A total of 5850 Jordanians were enrolled in graduate school programs.

Women comprise a large percentage of Jordan’s higher education attendees, accounting for 66.6 percent of community college students and 44.7 percent of the university population in 1997-98. Jordan’s quality educational system has also attracted a large number of foreign students. Out of the 88,267 students attending Jordan’s universities in 1997-98, 11,376 were from outside the country. The Kingdom has also been a popular choice among students around the world who want to study Arabic in a hospitable and friendly environment.

In 1988, the government launched a ten-year education reform package which cost approximately $1 billion. The plan aimed to improve the quality and relevance of education by restructuring the curricula to focus on developing students’ problem solving and critical thinking skills, and linking academic knowledge to real life. The Ministry of Education has launched the second reform plan, for 1998-2002. This plan focuses on upgrading teachers’ skills, school administration, educational information systems, pre-school education and education for children with special needs.

The main problems which the Jordanian educational system is facing now are twofold. First, the country’s burgeoning youth population demands the continued expansion of the educational system. Along with this quantitative expansion, Jordan seeks to improve the quality of its teachers, books, curriculum and facilities. In the area of higher education, the country has suffered from an imbalance between the university and community college systems. The Ministry of Higher Education is now actively promoting the development of Jordan’s community colleges and encouraging enrollment in them, in order to better match the country’s educational system with its labor market, which currently suffers from a shortage of mid-level vocational skills.