Enhancing the quality of young children’s lives is now a national and international priority. “Expanding and improving comprehensive early childhood care and education, especially for the most vulnerable and disadvantaged children.” is number 1 goal of the Dakar Framework for Action (2000) on ‘Education for All’ Early Childhood Care and Development (ECCD) programs help to improve school performance as well as reduce dropout and repetition rate, which ultimately reduce cost and improve efficiency of primary education. It also has a long term impact on country’s education, health, moral and social values and children’s development as a whole. 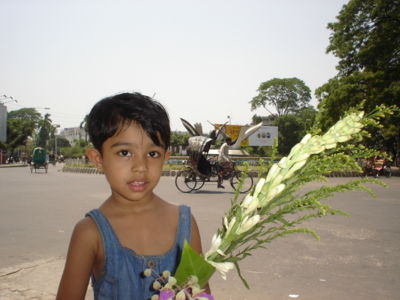 Early Childhood Development (ECD) emphasizes a holistic approach focusing on the child’s physical, emotional, social as well as cognitive development. The objective of ECCD is to nurture the children for their physical and mental development and to prepare them for schooling with right attitudes and habits.In this unit we are going to discuse main aspected to early childhood care and development.

Early Childhood Care and Development (ECCD) can define as the holistic development of children including physical, cognitive, language, social and emotional development from conception to age five.

Early childhood is defined as the period of a child’s life from conception to age five (internationally eight). There are two reasons for including this age range within a definition of ECCD.

Care means something additional rather than education, such as children’s health and nutrition, their evolving emotional and social abilities, as well as their minds, to move policy makers and program providers away from thinking exclusively in terms of pre-schooling.

Development is defined as the process of change in which the child comes to master more and more complex levels of moving, thinking, feeling and interacting with people and objects in the environment.

Child development is a process in which many areas are exists. These are-

Physical development is the most recognized and observable change in the life of a child. This development is largely dependent upon the child’s health and nutritional status.

Cognitive development means to acquire the ability of understanding, recognizing, problem solving, logical thinking and Cause & effect analysis and dealing with numbers.

Social development entails the acquisition of skills needed to play and work with peers, to communicate with adults, and be aware of social customs within one's community. Emotional development includes acquiring a sense of security in the presence of adults; secure children are more interested in exploring novelty and playing with peers.

Language development is the most universal human achievement takes its way from the very beginning of child life after birth. Language consists of several sub-systems that have to do with sound, meaning, overall structure and everyday use.

Importance of ECCD • ECCD is an opportunity to avoid or reduce developmental problems, thereby bringing lasting benefits to individuals and society • Early years are crucial in the formation of intelligence, personality and social behaviour. • Children are born with physical, social and psychological capacities which allow them to communicate, learn and develop. If these capacities are not recognized and supported, they will never be developed. • Proper care at early age can do much to create an enabling environment that ensures protection and support for more broad-based issues such as children's health, nutrition, psycho-social and cognitive development. • ECCD stress the importance of child-friendly, family-focused and community-based programs that not only serve to strengthen ongoing social service programs, but improve the physical and mental capacity of children. • Investments in Early Childhood Development can further help to modify inequalities rooted in poverty as well as social, religious or gender discrimination.

Visit a ECCD center(Day care center or Pree school) in your local area and write what you observed that.

The key points of this chapter are as follows:

"*" ECCD is to nurture the children for their physical and mental development and to prepare them for schooling with right attitudes and habits.

"*" Investments in Early Childhood Development can further help to modify inequalities rooted in poverty as well as social, religious or gender discrimination.

2. How many area of development?

3. Describe at least 2 importance of ECCD.

a. Early Childhood Care and Development (ECCD) can define as the holistic development of children including physical,..........language, social and.............development from conception to age five.