For the Love of Science: A community building initiative

This page was created on August 11, 2009. It is under permanent construction.

For the Love of Science

This page was created on August 11, 2009 by Jan Visser, who serves as its principal editor. As the page develops, formative feedback from the community (see below) will be greatly appreciated.

Purpose of this community building initiative 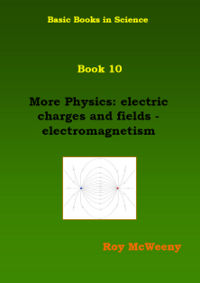 For the Love of Science (FTLOS for short) is an initiative supported and facilitated by the Learning Development Institute. The initiative results in books written by accomplished scientists that are freely available under a CC-BY-SA license. These Basic Books in Science are typically targeted at young (and older) people who have a passion for the sciences, often wishing to pursue a career in them. In many parts of the world such dedicated learners will find it hard to come by resources that can help them getting initiated in the sciences. The initiative in question is a modest attempt to try and resolve this problem. The cover of one of the books in the series For the Love of Science is depicted in the left margin adjacent to this text. Its author is Roy McWeeny, Emeritus Professor in Theoretical Chemistry 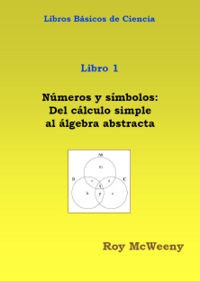 Cover of Book 1 (Spanish language edition).
at the University of Pisa in Italy. Roy is also the series editor for the books. Roy is a renowned scientist who has contributed greatly to the growth of his field. But he has also always had a passion for sharing his knowledge and helping his students construct their knowledge "from first principles." To familiarize yourself with Roy's thoughts and motivations you may want to read his brief paper, recently presented at the Third Advanced International Colloquium on Building the Scientific Mind, with the title Some problems of science education in a world with an exploding population and enormous disparities of affluence and poverty. Books so far produced under this initiative cover areas of Physics, Mathematics, Chemistry, and the Earth Sciences. Several books covering areas of the Life Sciences are under preparation as well.

Building a community of translators

It is worth noting that we explore possibilities for translation of these books. Some of them have already been translated into Spanish, thanks to the voluntary help of a bright young Spanish theoretical physicist, Angel Sanz (see Por Amor a la Ciencia and also the sample cover of one of the Spanish books on the right). We are looking for more such dedicated people, including for Spanish, to alleviate the burden on Angel's shoulders, as well as for French, Arabic, and other languages spoken in parts of the world where these books are most needed. Some of the material has spontaneously already been translated locally into Bahasa Indonesia for use in Indonesia. We appreciate any such initiatives to make the work available in as many languages as possible, expecting to be kept informed by those who engage in such spontaneous action. This Wiki may help build a community of translators. Typically, we are looking for translators who share our passion for:

Building a user community of learners and facilitators

The books can be accessed via the links in the overview of titles and authors below. Presenting them in the context of the WikiEducator allows a user community of learners and teachers to develop complementary materials, such as exercises and guide books that can be used in conjunction with the For the Love of Science materials. Such complementary materials can then be shared and collaboratively authored as part of the WikiEducator efforts.

Overview of titles and authors 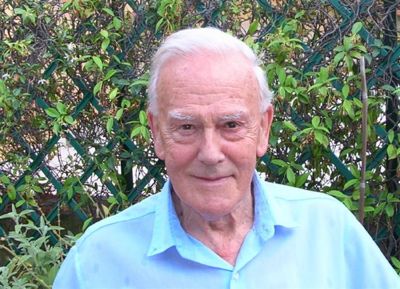 Following is a list of titles for the current initial conception of the series of Basic Books in Science planned in the framework of the For the Love of Science initiative. The titles appearing in bold face can already be downloaded from the For the Love of Science site. Some of the material translated into Spanish can be downloaded from the Por Amor a la Ciencia site. English titles are also available via the Web site of the Pari Center for New Learning (David Peat, Director)

The entire series is being created under the editorial responsibility and visionary leadership of Roy McWeeny.

Four authors from the area of the Life Sciences have come forward thanks to collaboration with the European Molecular Biology Organization. They are the prospective authors of Books 7, 8, 9, and 12. They are Maria Christophorou (University of Cambridge); Toni Gabaldon (Center for Genomic Regulation, Barcelona); Maurijn van der Zee (University of Leiden); and Jordi Villà i Freixa (Universitat Pompeu Fabra, Barcelona).

What you can do already now

Notes and Feedback from my Wiki Neighbours

Past formative feedback was accepted with thanks, but has now been removed. Any further comments from the WikiEducator community will be greatly appreciated. It will be most useful if such feedback can be left in my talk box.

Feedback received regarding the development of this page