Biology In Elementary Schools is a Saint Michael's College student project from a course that ran between 2007 and 2010. The student-created resources have been preserved here for posterity. Link under 'toolbox' for printer-friendly versions of the exercises. Click on handouts to print full resolution versions. Please see Wikieducator's disclaimer, our safety statement, and the Creative Commons licensing in English and in legalese.

This activity has been used with several groups of first graders.

This experiment will teach students about the properties of matter and how the energy in heat can cause a solid to enter the liquid state.

Note: Nearby source of electricity is required. 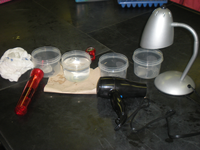 Figure 2: Possible options for changing the ice cube into a liquid include pieces of cloth, a flashlight, cold water, a hair dryer, and a desk lamp 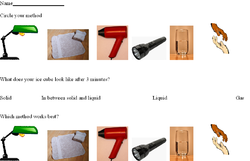 Figure 3: Handout that students will use during the experiment to record their observations 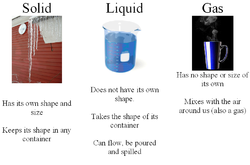 Figure 4: Handout to illustrate the three states of matter

Figure 5: Handout to help students understand how to identify matter

This hands-on activity is designed to engage students' curiosity to experiment with changing matter. Students are challenged to turn ice to water (solid to liquid) using only the material given. Students will use what they have learned about heat and change in matter to have the liquid then become a gas. 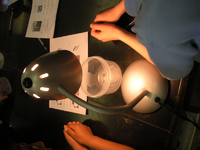 Figure 6: A student uses a lamp to try to melt the ice cube 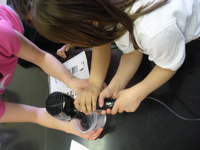 Figure 7: A student uses a hair dryer to melt the ice cube

In this activity, it is important to remind students that the sources of heat will be hot and to not touch them.

The results can be posted in a graph, an average can be taken of the results, students could also measure temperature of the heat being used to melt the ice cube.

There are multiple books that children can explore during this lesoon which provide information about the states of matter. One we found helpful was:

This is an interesting and informative book that explains the states of matter to young learners.

S1-2:14 Students demonstrate their understanding of Physical Change by describing and reporting the change in properties when heat is applied to a solid or when heat leaves a liquid (e.g., water and ice).

We found we had additional time so we took the opportunity to have a good discussion. We asked students to brainstorm where they have observed matter change in their daily lives. For example, students observe a stick of butter change into liquid when heat is added in a saucepan, or students observe snow change from a solid to liquid when the sun is warm enough to melt the snow. We encouraged the students to think of as many examples as they could, and this resulted in an interesting and informative discussion. These observations helped students to build a personally significant definition of states of matter.

After trying this activity with first graders, we realized that most first graders did not have any prior knowledge about the states of matter, but when we prompted students to describe a solid and a liquid, they were able to describe both, as well as how a solid turns into a liquid. We found that it worked well to let students pick which method that they wanted to use to turn the ice cube into a liquid, and allow them to hypothesize why they chose the method that they did. It was interesting how many students chose to use their hands to melt the ice cube, and to watch their reactions as they realized that the warmth of their hands would melt the ice cube. One observation that we made was that it did not take long for students to melt the ice cubes, so there was more time to fill, but students only stayed engaged in a discussion for a short period of time after we finished the activity. We realized that we should have added another component to the activity which would take more time.