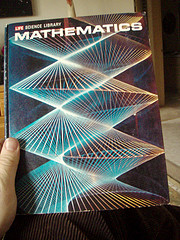 The LIFE Science Library about several broad topics, published in the 1960s, included the tome Mathematics. The section on probability and combinatorics featured games with playing cards. The study of games of chance have a long and venerable history as a gateway to statistical sciences.

Looking for an example lesson plan?

In addition to games of pure chance, we have games of skill, often with an element of luck vs. misfortune. The nature of casino gambling is not fixed for all time and in this curriculum segment our games may well serve a philanthropic purpose, in that winnings are committed to some worthy cause or charity.

Casino Math, by virtue of including the topic of permutations, may be extended to include simple group theory concepts.

Note to teachers: one option is to introduce the J language (a computer language) and its native primitive for outputting in cyclic notation. Introducing more than one computer language is in keeping with the overall agenda for these four interconnected curriculum segments: Casino Math, Supermarket Math, Neolithic Math and Martian Math.

Note to teachers: playing games of chance (and some skill) need not imply one is gambling for money (consider solitaire). If your community actively discourages gambling and expects you to share this attitude, then you should feel free to defend your ethical position without neglecting your responsibility to model random or chance events, accidents, preferably in the context of simulations and/or games, to reduce the chance of injury.

Historical note: a casino need not be for gambling, may be a gathering place or public hall. For example, the casino on Catalina Island in the town of Avalon, is a movie palace at the time of this writing. Math games played in a casino setting might have more to do with monitoring work flow in some settings (like mission control?).

Depending on the needs of the surrounding curriculum, you may want to build this as a straight statistics course.

On the other hand, you may live in a subculture that actually staffs real casinos, or trains some of its people to program a next generation of game. 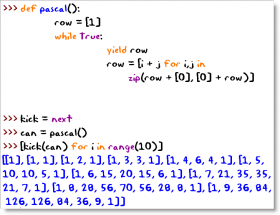 An original purpose of the RAND Corporation was to publish sets of random numbers. However, any sequence generated by a computer program that might be duplicated is deterministic and in that sense pseudo-random. Chaotic sequences have statistical properties without being precisely predictable over the long run by means of algorithmic short cuts.

Because these limits to precision may have major long term consequences (the butterfly effect), the idea of a strange attractor (e.g. the Lorenz Attractor) became important. Chaotic sequences are not without order, even where the algorithms, often dependent on previous results, provide no short cut to the future.

Studies of chaotic sequences and their properties may involve forays into cellular automata, fractal geometry. A library of machine executable pseudo-random number generators should be harnessed and pressed into service, if the requisite hardware and electricity is available. Python's random module might be a place to start. Games of cards provide a rich coding environment for object oriented languages in that one expects Card, Deck and Player objects at least.

A player might also have methods, based on probablistic analysis, for guessing the contents of other player hands (or hidden cards in the player's own hand).

The object oriented apparatus of polymorphism, inheritance, getters and setters, private and public variables, class blueprints versus objects (instances), has the potential to come through clearly provided the student has some previous grounding in card games.

The rules of chance are best explored in non-punitive environments, which is why the practice of gambling for money may be excluded by one's subculture as too likely to cause harm (too risky in a foolhardy sense). Please note that dissecting (analyzing) games of chance, coding them in software, does not constitute an endorsement for gambling or investing in the stock market.

In other words, an information stream such as the digits of pi, with completely predictable content, might be considered low in information content in the sense of highly compressible. The same information could be packaged far more efficiently.

On the other hand, information with no discernable rules for lossless compression, have the appearance of being maximally dense, which may mean they're maximally informative communications, or they may be random noise.

Casino Math includes the idea of making some information secret, perhaps through cryptographic techniques, with the flip side being the game of deciphering secrets, recovering lost and/or hidden messages. These topics are sometimes packaged under Spy Math by some authors.

Note to teachers: the topic of public or symmetric key cryptography, RSA for example, might be undertaken in connection with deciphering, the related statistical studies around word and/or vowel sound frequencies (cite Who is Fourier?). On the other hand, this topic might be relegated to Supermarket Math, in connection with eCommerce.

Casino Math provides students with the means to appreciate the scientific method. Thanks to educated guesses or hypotheses, either purely speculative or reality-checked by experiment, one potentially reduces one's reliance on pure luck or miracles and maximizes one's chances of realizing one's plans.

Work consistent with nature's principles (e.g. in cahoots with the weather) is more likely to bear fruit than work undertaken blindly and/or with only minimal appreciation for the underlying patterns and systems.

Thanks to scientific study, many natural systems have yielded enough secrets to have become both predictable and sometimes even manageable to some degree. This frees us to devote more attention to as yet poorly understood yet often critical systems.

Engineering is about leaving no more to chance than is necessary, is about optimizing the trade-offs, maybe getting a better outcome in exchange for concerted study. As our knowledge and level of mastery increases, we're able to do more with less, creating more life support (wealth) for more people, for more days into the future.

We look at Neolithic Math (one of three related modules) as marking the advent of a long epic saga about learning to work more sustainably and effectively within our shared natural environment, Spaceship Earth and surroundings.