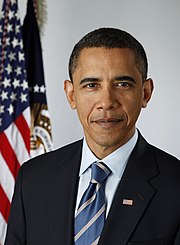 On his trip to Australia in November 2011, President Barack Obama and Prime Minister Julia Gillard jointly announced that US military personnel would take up positions in the Darwin military base. At this time, Obama confirmed that the United States views itself as a Pacific State and that stability in the Asia-Pacific region is important in ensuring American interests.

Diversity within the Region

Following on from the previous Activity and e-learning activity, it should now be apparent that the Asia-Pacific region is very large and diverse. This is one reason as to why states (countries) that are identified as part of the Asia-Pacific region are often troubled by this label. It can mean that their state is overlooked or wrongly linked to other states that they share little or no similarities with.

Pacific states are a good example here. When references are made to the Asia-Pacific region in books and reports, deeper analysis often reveals that there is more of a focus on Asia, with very little focus on the Pacific. This is often because Asia is singled out for specific focus due to its increasing economic prosperity and political importance. Clearly however, Pacific states are vastly different from Asian states within the region, and indeed there are also differences between the many Pacific states that comprise the region.

If we consider the United States of America as one state comprising the Asia-Pacific region there could be some contention over whether or not it actually fits such a categorisation. Nonetheless, the US has recently re-stated that it identifies as a Pacific nation and that this region is of significant geo-strategic importance to its interests. While it may not instantly come to mind, this state has definite claims to membership of the region. Therefore, with an understanding of the diversity represented in the Asia-Pacific region, we can avoid making generalisations about the region as we approach our studies this semester.

Based on your experience, do you know of any examples associated with concerns, critique or problems with the Asia-Pacific label?

If you do, please share these with your fellow learners by posting on WEnotes

(Visit the course feed to read comments from participants).

Notwithstanding the challenges with the Asia-Pacific label, it is now time that we learn more about individual countries that make up the region. The next e-Learning activity requires you to write a country profile on one of the countries located in the Asia Pacific. You will need to locate sources on your selected country, read about the country, and write a response to the prompt questions in the country profile E-learning activity. By completing this e-learning activity we will continue our transition from thinking about the region generally to undertaking a more specific analysis of countries within the region.